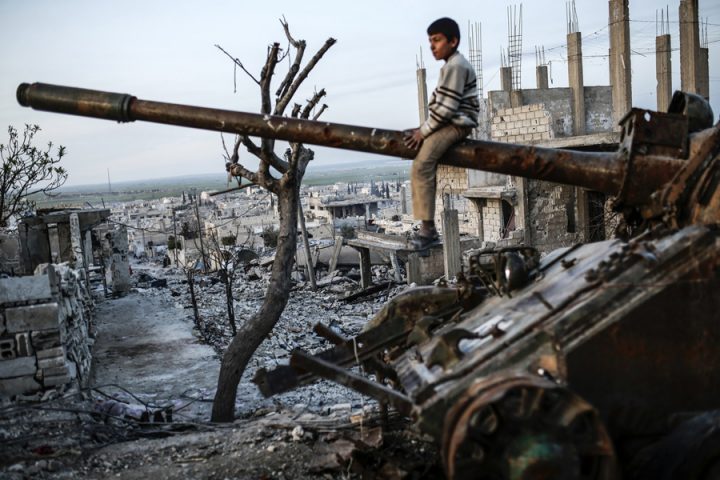 The disruption in the status quo has always proved to be catastrophic for the powers that are benefitted from it. Any change in the balance of power is challenged by the dethroned power elites. For that, either they form an alliance with each other or seek any foreign assistance.

In either case, the purpose is to prevent instability within the territories of their influence and establish their authority over that region. Mostly, the nationalistic tendencies prevail due to deep association with the land which provokes the indigenous actors to resist any other emerging power. The case of Arabs with regards to the Middle East depicts a similar notion which is entrenched in their historical experiences. Through the forensic analysis of history, the meaningful understanding of the contemporary politics of the Arab World can be obtained.

The Middle East has always been the power seat for Arabs where the tribal elites exercised their power within their respective areas of influence without intervening in other’s zone. Even in the conflicting scenarios, the Arab identity remained untouched and intact. However, the first blow to Arabs was the promulgation of Islam which tended to supersede the tribal linkages and nationalistic tendencies by uniting the masses in the name of religion.

The ideology would be going to defy the power status and compartmentalisation within the society which would eventually result in the downfall of Arab elites. Though the event occurred in Mecca only yet it reverberated across the entire region especially after the establishment of the Islamic State in Medina. Thus, the Arabs unified in order to encounter the newly established system in Medina which, in every manner, was in opposition with the longstanding customs of Arabs.

The internal chaotic situation of Medina provided Muslims with the vibrant opportunity to fill up the power vacuum. Two major tribes of Medina, Aws and Khazraj, failed to come to any peace agreement. The situation further spoiled when Quraysh of Mecca and Jews of Khyber exploited the differences between the two tribes in their own favour. After being disappointed by the arbitrary role of both Quraysh and Jews, both the tribes turned towards Muslims.

The success of Muslims in forging the peace deal between the two tribes opened the window of cooperation between the people of Medina, latter is known as Ansar (the helpers), and Muslims of Mecca, commonly known as Muhajirun (the immigrants). Thus, this alliance provided the base for the establishment of the State of Medina. The amalgamation of the social movement of Mecca, as perceived by Quraysh, with the state system of Medina proved to be the daunting factor in the well-established superiority of Arab elites.

The Arabs pride and superiority, however, sustained even after the Islamic expansion. The major contributing feature in this regard was the Caliphate system which consolidated the Arabs identity through successive periods of Rashidun, Umayyad and Abbasids rule which were overwhelmingly Arab dominant. However, the clashes with neighbouring Fatimid Caliphate in North Africa, over the sectarian basis, and the increasingly influential role of Turkish ministers and military generals within the caliphate, weakened the Abbasids control over the Middle East.

Finally, Mongol invasion in the 13th century proved to be the last nail in the coffin for the Arabs demise. Thus, for the second time, Arabs had to bear the brunt of an alienated ideology. The misery for Arabs further elongated when Turkish based Ottoman Empire assumed the leadership role for entire Muslim World and the Middle East in specific.

Psychologically, it was humiliating for Arabs to surrender before those who were once conquered by them. Alongside, the empire which emerged as a rival to Ottoman was the Safavid Dynasty, the Persian based rulers. Resultantly, where both Ottomans and Safavids ventured towards dominance, Arabs became the sandwich between them. It was not until the inception of the 20th century when Arabs were finally able to obtain partial independence owing to Ottoman’s dismemberment after WWI. Arabs alliance with the European powers of Britain and France reflected their frustration with the subjugation under Ottomans. Hence, the disposing of the last Ottoman Ruler transformed the Arabs dream of independence into reality, however, the vision of a unified Arab State shattered due to colonial embarked boundaries.

The colonial bifurcation of the Middle East has left the Arab States in a disarray i.e. either to pursue their state’s interests or to go for Arabs reunification. The idea prospered under the leadership of Gamal Abdel Nasser of Egypt but his socialist tendencies sowed enmity with its other Arab neighbours, notably Saudi Arabia. Furthermore, the creation of Israel in a predominately Arab region of Palestine created further apprehensions of the new wave of foreign intervention in the Middle East.

Arabs’ attempt to retain the Palestine territory through the military adventure against Israel, was reverted aggressively by Israel, resulting in its expansion by the seizure of Golan Heights and the Sinai Peninsula. In amidst of dismal situation. Iranian Revolution created many hurdles for Arabs. While keeping the past experiences, Arabs were quick to find the security guarantor for their rules. Hence, the new era in Arabs history began.

The logic of current geopolitical alliances of Arabs is embedded in the historical discourse. Despite being the natives of the Middle East, Arabs remained vulnerable to foreign intervention which proved to be disastrous for their own rule. Hence, allying with the West, mainly US, assures Arabs survival. Though the contemporary Arab World is divided across sectarian lines i.e. the power corridors in Iraq, Syria and Lebanon trace their linkages with Shi’ite identity while the Gulf States are predominantly adherents of Sunni/Salafist ideology yet what is common in them is their security dependence upon some foreign ally. Being the subjugated masses for most of the historical period, finally, it’s time for Arabs to rejoice their authority upon the region they belong to. But will the authority persist while depending upon the foreign assistance, the time will judge accordingly? 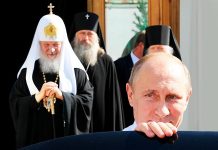 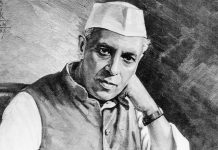 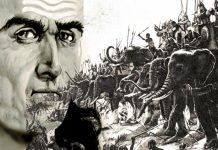