India’s successful launch of the Agni 5 ICBM was a strategic game-changer though not necessarily in the way that its leaders and their American allies may have expected, as it could instead pave the way for more robust Russian-Pakistani military relations that ultimately enable Islamabad to deploy an anti-air bubble over its territory in keeping the US out of the Eurasian Heartland.

The strategic balance in South Asia suddenly shifted last week after India successfully tested its Agni 5 ICBM, demonstrating that it could hit targets along the densely populated East Chinese seaboard in the event of a military confrontation with the People’s Republic, to say nothing of what it could potentially do to Pakistan.

New Delhi is deliberately provoking a security dilemma at Washington’s behest with the overall intent of reversely “justifying” the US-Indian military partnership through Beijing and Islamabad’s responses, thus creating the pretext for a more comprehensive execution of America’s “Pivot to Asia”. That said, Russia’s 21st-century grand strategic vision is to become the supreme “balancing” force on the Eurasian super-continent, so India’s American-encouraged disruption of South Asia’s state of affairs opens up the convenient opportunity for tightening the military manifestation of the Russian-Pakistani partnership and robustly expanding it to include conventional equipment such as the S-400 anti-air defensive missiles.

Moscow’s “military diplomacy” has already seen it sign deals with NATO-member Turkey and the US’ top Arab ally Saudi Arabia for the delivery of these same systems, so it would follow that Russia shouldn’t have any remaining reluctance to send these missiles to Pakistan either, especially considering the recent falling out between Islamabad and Washington at the beginning of the year.

Bearing in mind this strategic backdrop, here are 3 of the most important reasons why Russia should sell S-400 anti-air defensive missiles to Pakistan as soon as possible:

India’s successful Agni 5 ICBM launch irreversibly altered the strategic landscape in South Asia and will inevitably herald in an offensive & defense missile race, so it’s in Russia’s interests to stabilize the situation by selling state-of-art S-400s to Pakistan and restoring the equilibrium between the two nuclear-armed states.

The 2016 LEMOA deal between the US & India and New Delhi’s subsequent designation as Washington’s first-ever “Major Defense Partner” place the two Great Powers on the trajectory of a century-long alliance that will assuredly disrupt multipolar Eurasian integration processes, and Russia’s grand strategic role is to “balance” against this by pivoting away from India and towards its trusted Chinese partner’s Pakistani ally in response.

3. Cut The US Off From Central Asia

Although still only a speculative scenario for now, in the event that Pakistan ever closes its airspace to American military aircraft transiting to Afghanistan or perhaps even deeper into Central Asia sometime in the future, then it would undoubtedly need Russian-supplied S-400 defensive missiles in order to enforce its decision with credible deterrence, though both Great Powers can “plausibly deny” this true long-term motivation behind their prospective military deal by emphasizing its more immediate reason in supposedly only being a response to India shattering South Asia’s strategic balance.

In conclusion, India’s US-encouraged stunt in testing the Agni 5 ICBM disrupted the regional equilibrium and was intended to “prove” that visiting “Israeli” Prime Minister Benjamin Netanyahu was “correct” in his pompous pronouncement that the country was now a “global power”, but it stands the very real chance of completely backfiring on the US-Indian-“Israeli” alliance by propelling Pakistan to this position instead if Russia clinches a S-400 missile deal with it and thereby endows Islamabad with the unprecedentedly powerful potential to one day shut the bloc’s Washington leader out of the entire Eurasian Heartland.

DISCLAIMER: The author writes for Regional Rapport in a private capacity which is unrepresentative of anyone or any organization except for his own personal views. Nothing written by the author should ever be conflated with the editorial views or official positions of any other media outlet or institution. 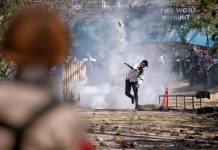 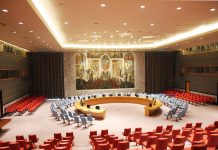 Was SCO Summit a Disaster for India?