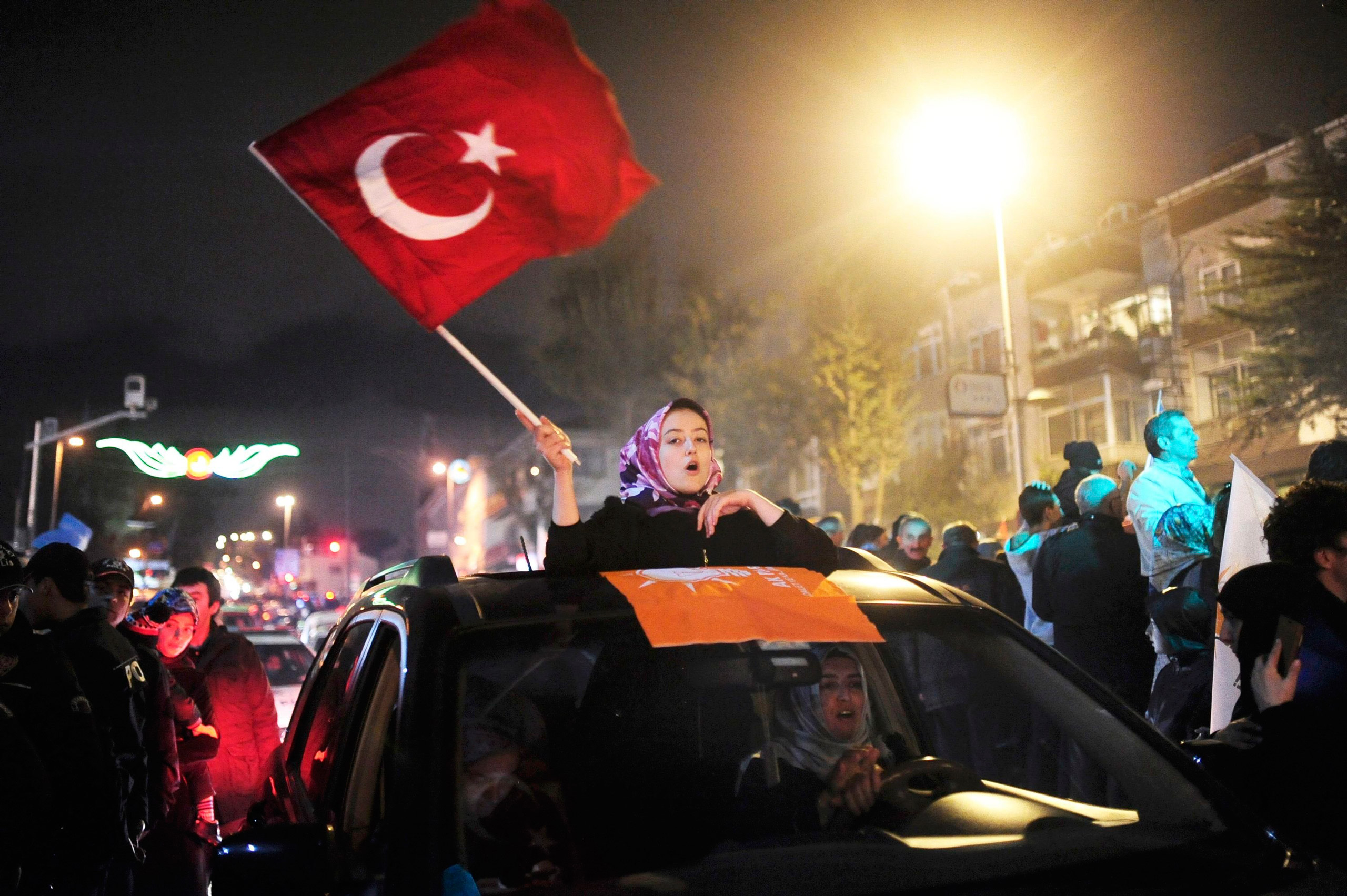 In the history of Turkey, events of great importance, manifestations and intrigue have taken place. This June, on 24th another such event is going to take place which will once again change the course of power within Turkey and have certain impacts on the tide which prevails in the regional and international realm outside of Turkish domestic politics.

After calling the much-speculated snap polls in May—there were unleashed a series of debates as to why the snap elections have been called. The most quoted reasons which made sense to the analysts were chiefly that with this action, Erdogan is simply pushing for the stumbling economy to keep on its feet and not run out of steam. Although Turkish economy saw a 7.4% boom last year largely due to credit growth the economy has begun to filter out. The inflation rate has doubled, the Turkish Lira has fallen against dollars to a point of decrepitude and there is a large debt which needed to be catered to. As soon as the talk of snap election was on, the economy rebound a little bit and it is since then, thoroughly believed that with the general elections actually taking place the economy can perhaps show signs of larger recovery as that would imply stability, as well as more investors, will then show a newly restructured interest in Turkey. Furthermore, there was also hope that with the general elections taking place the Turkish Lira will perhaps sustain itself a little.

Then there were also the speculations that the elections are anticipated to be the finale of the transition of Turkey from a parliamentary democracy to a reorganized presidential regime, one where the Grand National Assembly will be the subsidiary authority and power. But in all of this, the total period in which the transition is to be made will have to be not just sped up but crammed up.

Furthermore, there is also the idea of early elections on the basis of bringing upon stability especially given the fact that turkey is involved on multiple regional forums and particularly in the Middle East it has spread out itself on many war fronts i.e. Syria and Iraq. According to Erdogan, the transition period has been one marked with credible uncertainty especially in terms of its foreign policy which perhaps, according to the AKP leader, can only be resolved if there is a smooth transition and elections.

Three more aspects remain in calling the early elections; one of them is that these elections will be riding a big wave of Turkish nationalism. The idea of this nationalism was embedded within the coalition of AKP i.e. the Justice and Democracy Party as well as the Nationalist Action Party or MHP which is led by a leading ally of Erdogan, Mr Devlet Bacheli. The Afrin conquest happened to be a cherry on top of this wave and it was jointly decided by both sides to utilize this wave in the contemporary time on the hope that it will make for an easy win as most people will have this win fresh in their memory.

Another reason was that when the elections were called it was believed by the AKP that no opposition party is going to be strong enough to stand ground in front of the formidable coalition of AKP-MHP. Of course, this turned out to be counter-productive. This made the election call more of a gamble by Erdogan who was perhaps had more surety that the campaign will be an easy and smooth sail and will be as forthcoming as the Referendum of 2017. In this scenario, there are also some of the New Election Laws which favoured the AKP more than the opposition forces.

But the main theme behind the calling of the snap elections happens to be the consolidation of power. Whoever wins, will consolidate absolute presidential powers and maneuverer the foreign, economy and military policy of Turkey hands down. If the AKP under Erdogan wins both rounds then there would be an absolute consolidation of power which would very interestingly complement Erdogan’s bid of the 2017 Referendum.

Though the main and formidable entity of the election campaign is Erdogan there have new faces emerged with much ferocity which was perhaps not anticipated by the AKP leadership. There is no doubt that Erdogan opened up for Turkey a new dimension to regional and international power wherein under his policies the idea of Turk magnificence and power was superimposed in terms of regional and international forums. The idea of Turkey as a formidable force which has the potential to see the West eye to eye has become quite intriguing.

Then with the bid to resurface as a grandeur powerhouse in the Middle East has been one cataclysmic factor as well. The popularity and reverence attached to Erdogan were visible when Turks took to streets in 2016 to save their state and government from a coup attempt. Since Erdogan’s ideology happens to be Turkish Islamist Ideology, it paved the way for many to cheer his presence. But this also has now brought on the surface a side which does not so openly support Erdogan. This side is dominated by the opponents who have their own causes and ideologies and stand against Erdogan in hopes to end his ‘one-man rule’ and bring back democracy which suits Turkey.

The chief opponent at this time happens to be Muharrem Ince who hails from the centre-left, secularist Republic People’s Party (CHP). Not only has he came forth and brought out a massive number of supporters but openly challenged Erdogan for a televised debate. His main slogan revolves around the idea of ‘Enough’ as he chants it out loud and claims that under Erdogan the idea of democracy has fumbled a lot. His main agenda is regarding the economy, democracy but at the same time, he has celebrated his religious side when he brought his sister who wears a headscarf to his campaigns. Currently, it is being claimed by many that Ince is one force to watch out as he has the gift of the gab and is propagating a bigger and better change as well as giving a strong counter-narrative which many within the society needed.

Threatening Erdogan from the centre-right is Meral Aksener from the Iyi Party or Good Party is a nationalistic force to be reckoned with as she was the first one to declare the candidacy against the AKP leader. Her agenda largely revolves around stabilizing the old Turkish system and law and making amends with the EU as well as bringing democracy back. Temel Karamollaoglo is another opponent from the conservative side hailing from the Islamic Felicity Party and is a threat because he can largely divide the conservative vote of AKP.

The pro-Kurdish People’s Democratic Party or HDP is also going to be a force within the Kurdish voters who can sway the elections. Not only is this party pro0-Kurdish but is a left wing one as well, one which AKP and Ankara do not hold in its good books. Their leader who is a candidate for the elections is Selahattin Deirtas and has been thrown in jail for terrorism charges. Interestingly he is fighting the elections from behind bars.

The intriguing part is that various coalitions are on the horizon for the elections and the political galvanization behind them. In the first place, there is AKP joined by Nationalist Movement Party (MHP) and a small right-wing party Great Unity Party or BBP. Then there is Nation Alliance which is between CHP, Good Party and Felicity Party. There is also a Fair Election Platform where various parties and groups have joined hands in support of each other as well as free and fair elections, these are; CHP, Good Party, Felicity Party, Confederation of Progressive Trades Union, Confederation of Public Labourer’s Union and some civil initiatives of Ataturkish Thought Association and Unity for Democracy.

This makes the coming election highly interesting yet volatile because Erdogan is against a strong opposition which is bent to break his power while he is not willing to weaken. For this reason, the elections are being prophesied to go into the second round. Currently, the regional and international sides are silently looking at the Turkish political gambit. Of course, it is too early to say which side will be better for whom and who is rooting for whom. In any case, the winning of the election by anyone is dire for not just the domestic and internal politics of Turkey but for the external side as well. Because where there is its own economy to look out for, there are various trading deals with big-time allies, where there is the Russia-Iran coalition to look out for there is the US rapprochement as well. Where there is the Kurdish issue, there is the part in Syria and the Middle East. For whatever reason Erdogan picked to play this gamble, if it does not play out for him then Turkish policy will go through a massive change and with that, there will be significant paradigm shifts in the international and regional orders as well. 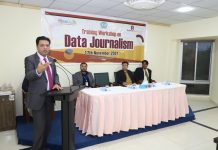 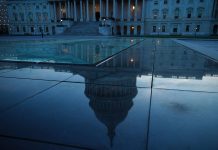 The Pressure On US Democracy